Allah’s Apostle once delayed the ‘Isha’ prayer and that was during the days when Islam still had not spread. The Prophet did not come out till ‘Umar informed him that the women and children had slept. Then he came out and said to the people of the mosque:”None amongst the dwellers of the earth has been waiting for it (‘Isha prayer) except you.”

At that time, that group of people were the only one waiting for the ‘Isha prayer. Those were the only lucky ones who were waiting to meet Allah (SWT) and to praise Him and glorify Him with their tongues and bodies. SubhanAllah! How Allah had exalted them in rank.

Waiting for a prayer and looking forward to it holds immense reward. According to another Hadith, angels pray for the one who sits on his prayer rug waiting for Salah time to come around. They ask Allah to have Mercy on him and to forgive him. <3 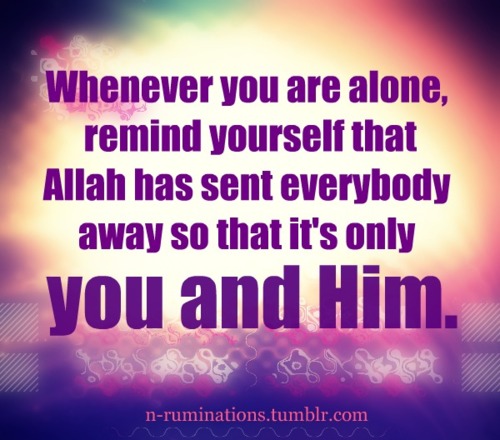 My companions, who came with me in the boat, and I landed at a place called Baqi Buthan. The Prophet was in Medina at that time. One of us used to go to the Prophet by turns every night at the time of the ‘Isha prayer. Once I, along with my companions, went to the Prophet and he was busy in some of his affairs, so the ‘Isha’ prayer was delayed to the middle of the night. He then came out and led the people (in prayer). After finishing from the prayer, he addressed the people present there, saying, “Be patient! Don’t go away. Have the glad tiding. It is from the blessing of Allah upon you that none amongst mankind has prayed at this time except you.” Or said, “None except you has prayed at this time.” Abu Muisa added, ‘So we returned happily after what we heard from Allah’s Apostle .”

Those who pray/wait for a certain prayer, have a special blessing of Allah upon themselves. It is indeed Allah’s favor upon us that He guides us to the Straight Path and gives us opportunities to glorify Him. If you pray five times a day, you have a LOT to thank Allah for.