The Prophet said, “Allah has made Mecca a sanctuary (sacred place) and it was a sanctuary before me and will be so after me. It was made legal for me (to fight in it) for a few hours of the day. None is allowed to uproot its thorny shrubs or to cut its trees or to chase its game or to pick up its fallen things except by a person who announces it publicly.” On that Al-Abbas said (to the Prophet), “Except Al-Idhkhir for our goldsmiths and for our graves.” And so the Prophet added, “Except Al-Idhkhir. ” And Abu Huraira narrated that the Prophet said, “Except Al-Idhkhir for our graves and houses.” And Ibn Abbas said, “For their goldsmiths and houses.”

Allah’s Apostle came to Abdullah bin Ubai (a hypocrite) after his death and he has been laid in his pit (grave). He ordered (that he be taken out of the grave) and he was taken out. Then he placed him on his knees and threw some of his saliva on him and clothed him in his (the Prophet’s) own shirt. Allah knows better (why he did so). ‘Abdullah bin Ubai had given his shirt to Al-Abbas to wear. Abu Harun said, “Allah’s Apostle at that time had two shirts and the son of ‘Abdullah bin Ubai said to him, ‘O Allah’s Apostle! Clothe my father in your shirt which has been in contact with your skin.’ ‘ Sufyan added, “Thus people think that the Prophet clothed ‘Abdullah bin Tubal in his shirt in lieu of what he (Abdullah) had done (for Al Abbas, the Prophet’s uncle.)”

When the time of the Battle of Uhud approached, my father called me at night and said, “I think that I will be the first amongst the companions of the Prophet to be martyred. I do not leave anyone after me dearer to me than you, except Allah’s Apostle’s soul and I owe some debt and you should repay it and treat your sisters favorably (nicely and politely).” So in the morning he was the first to be martyred and was buried along with another (martyr). I did not like to leave him with the other (martyr) so I took him out of the grave after six months of his burial and he was in the same condition as he was on the day of burial, except a slight change near his ear.

A man was buried along with my father and I did not like it till I took him (i.e. my father) out and buried him in a separate grave.

The Prophet collected every two martyrs of Uhud (in one grave) and then he would ask, “Which of them knew the Quran more?” And if one of them was pointed out for him as having more knowledge, he would put him first in the Lahd. The Prophet said, “I will be a witness on these on the Day of Resurrection.” Then he ordered them to be buried with their blood on their bodies and he did not have them washed.

The Prophet collected every two martyrs of Uhud in one piece of cloth, then he would ask, “Which of them had (knew) more of the Quran?” When one of them was pointed out for him, he would put that one first in the grave and say, “I will be a witness on these on the Day of Resurrection.” He ordered them to be buried with their blood on their bodies and they were neither washed nor was a funeral prayer offered for them.

One day the Prophet went out and offered the funeral prayers of the martyrs of Uhud and then went up the pulpit and said, “I will pave the way for you as your predecessor and will be a witness on you. By Allah! I see my Fount (Kauthar) just now and I have been given the keys of all the treasures of the earth (or the keys of the earth). By Allah! I am not afraid that you will worship others along with Allah after my death, but I am afraid that you will fight with one another for the worldly things.”

The Prophet buried every two martyrs in of Uhud in one grave.

The Prophet said, “Bury them (i.e. martyrs) with their blood.” (that was) On the day of the Battle of Uhud. He did not get them washed.

Sunnah is to bury the martyr in the clothes in which he was killed. More on shrouding the martyrs here.

Took this picture back in 2011 when we visited the graves of Uhud’s martyrs. <3

It is also a Sunnah to visit the graves of the martyrs of Uhud in Madinah. [Ibn Uthaymeen’s view]

Is this what they call Jihad?

The outcome of some internal struggle, as is obvious from the massive gap in my posts… 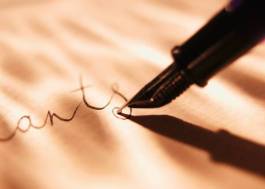 Time to pick up my pen and let it flow,

Leave impressions wherever it goes

As it maps my mind and my heart too,

The struggle begins between the two.

While control is what one of them seeks,

The other makes me fall to my knees.

The pen, oblivious, has its say,

Neither mind nor heart know their way;

While this inner struggle tears me apart,

“Have patience, child,” whispers my heart,

“The world will fall at your feet

Posted in The Forgotten Gift

Question: why is there no picture available of the Prophet (SAW)?

Islam came to prevent all means that may lead to shirk or the association of others in worship with Allaah. Among these means is the making of images, so sharee’ah forbids making images, and curses the one who does that, and a strong warning is issued to the one who does that.

When the Prophet became ill, some of his wives talked about a church which they had seen in Ethiopia and it was called Mariya. Um Salma and Um Habiba had been to Ethiopia, and both of them narrated its (the Church’s) beauty and the pictures it contained. The Prophet raised his head and said, “Those are the people who, whenever a pious man dies amongst them, make a place of worship at his grave and then they make those pictures in it. Those are the worst creatures in the Sight of Allah.”

It was narrated that ‘Abd-Allaah ibn Mas’ood said: “I heard the Prophet (peace and blessings of Allaah be upon him) say: ‘The people who will be most severely punished on the Day of Resurrection will be the image-makers.’” (Narrated by al-Bukhaari, al-Libaas, 5494).

Allaah warns against exaggeration, as He says (interpretation of the meaning):

O people of the Scripture (Christians)! Do not exceed the limits in your religion.
[al-Nisaa’ 4:171]

Imaam Muhammad ibn ‘Abd al-Wahhaab wrote a chapter entitled “Maa jaa’a ‘an sabab kufr Bani Adam huwa al-ghulw fi’l-saaliheen (What was narrated stating that the reason for the kufr of the sons of Adam was their exaggeration concerning the righteous).”, in which he said: “In al-Saheeh it is narrated that Ibn ‘Abbaas (may Allaah be pleased with him) said, concerning the aayah (interpretation of the meaning):

“And they have said: ‘You shall not leave your gods, nor shall you leave Wadd, nor Suwaa‘, nor Yaghooth, nor Ya‘ooq nor Nasr’ (these are the names of their idols).” [Nooh 71:23]

These were the names of righteous men among the people of Nooh. When they died, the Shaytaan inspired their people to set up stone altars in the places where they used to sit, and call them by their names. They did that but they did not worship them, until those people died, then the knowledge was forgotten and they were worshipped.

More than one of the salaf said: ‘when they died, the people started to frequent their graves, then they made statues of them, then as time passed they started to worship them.
(Fath al-Majeed Sharh Kitaab al-Tawheed by ‘Abd al-Rahmaan ibn Hasan, p. 219)

For this reason there are no pictures of the Prophet (peace and blessings of Allaah be upon him), because he forbade doing that, lest it lead to shirk.

The implication of the testimony that Muhammad is the Messenger of Allaah (peace and blessings of Allaah be upon him) is that we believe in him and in the message that he brought, even though there are no pictures of him. The believers do not need a picture of him in order to follow him. The description of him that is given in the saheeh reports means that we have no need of his picture. Among the descriptions of him (peace and blessings of Allaah be upon him) that have been narrated are the following:

See Sunan al-Tirmidhi, al-Manaaqib, 3571 and other books of Sunnah which give descriptions of the Prophet (peace and blessings of Allaah be upon him).

The people most loved by me among my ummah will be those who would come after me, but every one amongst them would have the keenest desire to catch a glimpse of me even at the expense of his family and his wealth.
(Narrated by Muslim, al-Jannah wa Sifat Na’eemihaa, 5060).

The angel of death was sent to Moses and when he went to him, Moses slapped him severely, spoiling one of his eyes. The angel went back to his Lord, and said, “You sent me to a slave who does not want to die.” Allah restored his eye and said, “Go back and tell him (i.e. Moses) to place his hand over the back of an ox, for he will be allowed to live for a number of years equal to the number of hairs coming under his hand.” (So the angel came to him and told him the same). Then Moses asked, “O my Lord! What will be then?” He said, “Death will be then.” He said, “(Let it be) now.” He asked Allah that He bring him near the Sacred Land at a distance of a stone’s throw. Allah’s Apostle (p.b.u.h) said, “Were I there, I would show you the grave of Moses by the way near the red sand hill.”

I absolutely love the part where Musa (AS) slaps the angel. Seems more like a punch, as the angel’s eye got ‘spoiled’. That is so like him. :D

Coming back to the point.. Lesson to be learnt: death is the only inevitable truth. You can’t avoid it, no matter how long you live.
Question: am I prepared for it?