Capital Punishment for the Spy (Hadith No. 2683)

Volume 4, Book 52, Number 285 :
Narrated by Jubair (who was among the captives of the Battle of Badr)
“I heard the Prophet reciting ‘Surat-at-Tur’ in the Maghrib prayer.”

Volume 4, Book 52, Number 286 :
Narrated by Salama bin Al-Akwa
“An infidel spy came to the Prophet while he was on a journey. The spy sat with the companions of the Prophet and started talking and then went away. The Prophet said (to his companions), ‘Chase and kill him.’ So, I killed him.” The Prophet then gave him the belongings of the killed spy (in addition to his share of the war booty).”

The spy is the one who spies on the Muslims and transmits information to their enemies. 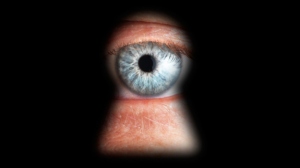 The correct view is that execution of a spy depends on the opinion of the ruler; if executing him is in the Muslims’ interests, he should be executed, but if letting him live serves a greater interest, then he should be allowed to live. And Allaah knows best.