Volume 4, Book 52, Number 291 :
Narrated by Usama bin Zaid (radiallaahu `anhu)
I asked the Prophet (sallallaahu `alayhi wasallam) during his Hajj, “O Allah’s Apostle! Where will you stay tomorrow?” He said, “Has Aqil left for us any house?” He then added, “Tomorrow we will stay at Khaif Bani Kinana, i.e. Al-Muhassab, where (the Pagans of) Quraish took an oath of Kufr (i.e. to be loyal to heathenism) in that Bani Kinana got allied with Quraish against Bani Hashim on the terms that they would not deal with the members of the is tribe or give them shelter.” (Az-Zuhri said, “Khaif means valley.”) (See Hadith No. 659, Vol. 2)

Volume 4, Book 52, Number 292 :
Narrated by Aslam
Umar bin Al-Khattab (radiallaahu `anhu) appointed a freed slave of his, called Hunai, manager of the Hima (i.e. a pasture devoted for grazing the animals of the Zakat or other specified animals). He said to him, “O Hunai! Don’t oppress the Muslims and ward off their curse (invocations against you) for the invocation of the oppressed is responded to (by Allah); and allow the shepherd having a few camels and those having a few sheep (to graze their animals), and take care not to allow the livestock of ‘Abdur-Rahman bin ‘Auf and the livestock of (‘Uthman) bin ‘Affan (radiallaahu `anhumaa), for if their livestock should perish, then they have their farms and gardens, while those who own a few camels and those who own a few sheep, if their livestock should perish, would bring their dependents to me and appeal for help saying, ‘O chief of the believers! O chief of the believers!’ Would I then neglect them? (No, of course). So, I find it easier to let them have water and grass rather than to give them gold and silver (from the Muslims’ treasury). By Allah, these people think that I have been unjust to them. This is their land, and during the pre-lslamic period, they fought for it and they embraced Islam (willingly) while it was in their possession. By Him in Whose Hand my life is! Were it not for the animals (in my custody) which I give to be ridden for striving in Allah’s Cause, I would not have turned even a span of their land into a Hima.”

Look at Umar’s (radiallaahu `anhu) instructions to his freed slave.. he’s asking him to prefer the weak and poor over the rich and powerful. Everything he did in his caliphate speaks volumes about his wisdom and remarkable justice. He raised the bar to such heights for all future leaders of the ummah. Has anyone even come close yet? 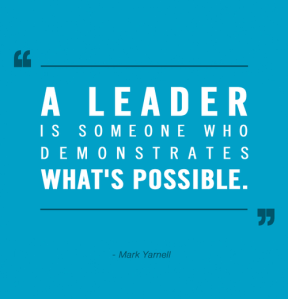