Narrated by Abu Huraira (radiallaahu `anhu)
The Prophet (sallallaahu `alayhi wasallam) said, “May Allah forgive Lot: He wanted to have a powerful support.”

Chapter: “Then when the messengers came unto the family of Lout…”

Volume 4, Book 55, Number 595 :
Narrated by ‘Abdullah (radiallaahu `anhu)
The Prophet (sallallaahu `alayhi wasallam) recited: ‘Hal-min-Muddakir’ (54.15) (Is there any that will remember) (and avoid evil).

The Story of Prophet Lut [Lot] 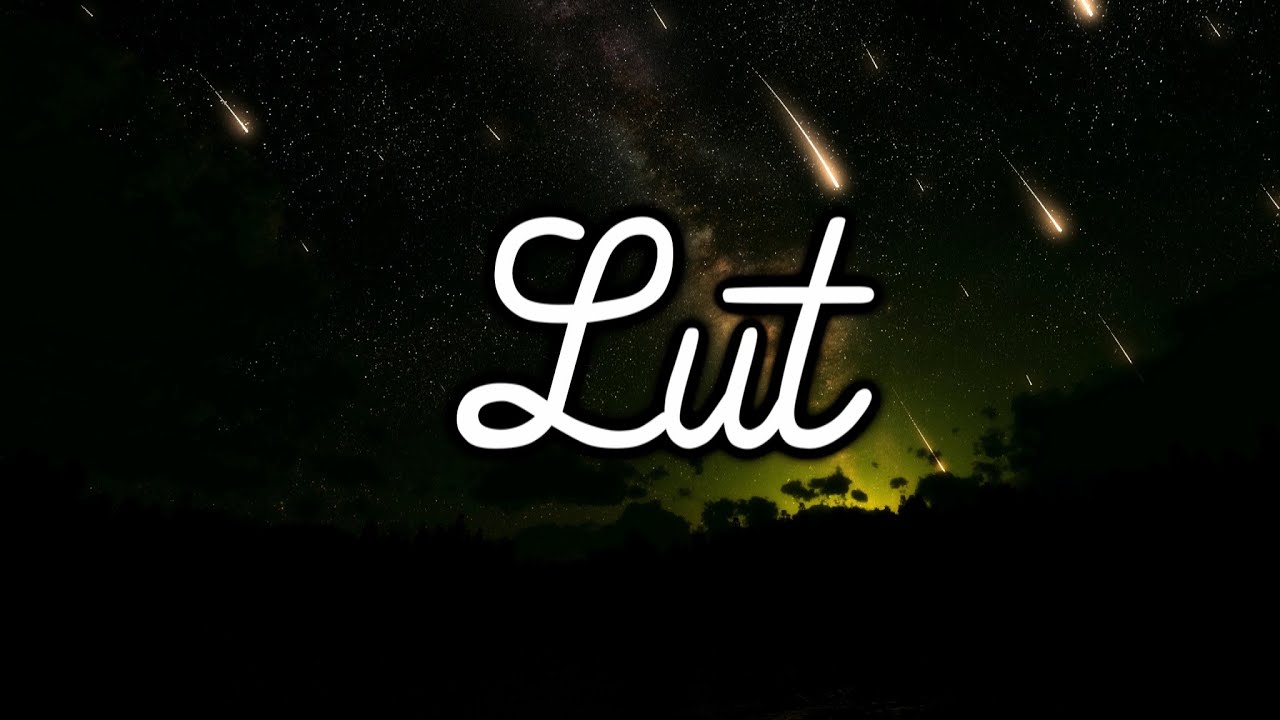 This city was filled with evil. Its residents waylaid, robbed and killed travelers. Another common evil among them was that men had sex with men instead of with women. This unnatural act later became known as sodomy (after the city of Sodom). It was practiced openly and unashamedly.

It was at the height of these crimes and sins that Allah revealed to Prophet Lut peace be upon him that he should summon the people to give up their indecent behavior, but they were so deeply sunk in their immoral habits that they were deaf to Lot’s preaching. Swamped in their unnatural desires, they refused to listen, even when Lot warned them of Allah’s punishment. Instead, they threatened to drive him out of the city if he kept on preaching.

“The people of Lot (those dwelt in the towns of Sodom in Palestine) belied the Messengers when their brother Lot said to them, ‘Will you not fear Allah and obey Him? Verily! I am a trustworthy Messenger to you. So fear Allah, keep your duty to Him, and obey me. No reward do I ask of you for it (my Message of Islamic Monotheism) my reward is only from the Lord of the ‘alamin (mankind, jinn and all that exists). Go you in unto the males of the ‘alamin (mankind), and leave those whom Allah has created for you to be your wives? Nay, you are a trespassing people!’

“They said, ‘If you cease not, O Lot! Verily, you will be one of those who are driven out!’

“He said, ‘I am indeed, of those who disapprove with severe anger and fury your (this evil) action (of sodomy). My Lord! Save me and my family from what they do.’

“So We saved him and his family, all except an old woman (this wife) among those who remained behind.”

The doings of Lot’s people saddened his heart. Their unwholesome reputation spread throughout the land, while he struggled against them. As the years passed, he persisted in his mission but to no avail. No one responded to his call and believed except for the members of his family, and even in his household, not all the members believed. Lot’s wife, like Noah’s wife, a disbeliever.

“Allah set forth an example for those who disbelieve, the wife of Noah and the wife of Lot. They were under two of Our righteous slaves, but they both betrayed their (husbands, by rejecting their doctrines) so they (Noah & Lut) benefited them (their respective wives) not, against Allah, and it was said, ‘Enter the Fire along with those who enter!’ “

If home is the place of comfort and rest, then Lut found none, for he was tormented both inside and outside his home. His life was continuous torture and he suffered greatly, but he remained patient and steadfast with his people. The years rolled by, and still not one believed in him. Instead, they belittled his message and mockingly challenged him:

“Bring Allah’s Torment upon us if you are one of the truthful!”

Overwhelmed with despair, Lot prayed to Allah to grant him victory and destroy the corrupt. Therefore, the angels left Abraham peace be upon him and headed for Sodom the town of Lut peace be upon him. They reached the walls of the town in the afternoon. The first person who caught sight of them was Lot’s daughter, who was sitting beside the river, filling her jug with water. When she lifted her face and saw them, she was stunned that there could be men of such magnificent beauty on earth.

One of the tree men (angels) asked her, “O maiden, is there a place to rest?”

Remembering the character of her people she replied, “Stay here and do not enter until I inform my father and return.” Leaving her jug by the river, she swiftly ran home.

“O father,” she cried, “you are wanted by young men at the town gate and I have never before seen the like of their faces!”

Lot felt distressed as he quickly ran to his guests. He asked them where they came from and where they were going.

They did not answer his questions. Instead they asked if he could host them. He started talking with them and impressed upon them the subject of his people’s nature. Lot was filled with turmoil; he wanted to convince his guests without offending them, not to spend the night there, yet at the same time he wanted to extend to them the expected hospitality normally accorded to guests. In vain he tried to make them understand the perilous situation. At last, therefore, he requested them to wait until the night fell, for then no one would see them.

When darkness fell on the town, Lot escorted his guest to his home. No one was aware of their presence. However, as soon as Lot’s wife saw them, she slipped out of the house quietly so that no one noticed her. Quickly, she ran to her people with the news and it spread to all the inhabitants like wildfire. The people rushed towards Lot quickly and excitedly. Lot was surprised by their discovery of his guests. and he wondered who could have informed them. The matter became clear, however, when he could not find his wife, anywhere, thus adding grief to his sorrow.

When Lot saw the mob approaching his house, he shut the door, but they kept on banging on it. He pleaded with them to leave the visitors alone and fear Allah’s punishment. He urged them to seek sexual fulfillment with their wives, for that is what Allah had made lawful.

Lot’s people waited until he had finished his short sermon, and then they roared with laughter. Blinded by passion, they broke down the door. Lot became very angry, but he stood powerless before these violent people. He was unable to prevent the abuse of his guests, but he firmly stood his ground and continued to plead with the mob.

At that terrible moment, he wished he had the power to push them away from his guests. Seeing him in a state of helplessness, and grief the guests said, “Do not be anxious or frightened, Lot for we are angels, and these people will not harm you.”

On hearing this, the mob was terrified and fled from Lot’s house, hurling threats at him as they left. The angels warned Prophet Lut peace be upon him to leave his house before sunrise, taking with him all his family except his wife.

Allah had decreed that the city of Sodom should perish. An earthquake rocked the town. It was as if a mighty power had lifted the entire city and flung it down in one jolt. A storm of stones rained on the city. Everyone and everything was destroyed, including Lot’s wife.

Allah the Almighty recounted this story:

“And tell them about the guests (angels) of Abraham. When they entered unto him, and said, ‘Salaman (peace)!’ Abraham said, ‘Indeed! We are afraid of you.’

“Abraham said, ‘And who despairs of the Mercy of his Lord except those who are astray?’ (Abraham again) said, ‘What then is the business on which you have come, O Messengers?’

“They (the angels) said, ‘We have been sent to a people who are mujrimin (criminals, disbelivers, polytheists, sinners). (All) except the family of Lot. Them all we are surely going to save (from destruction).’

“Except his wife, of whom We have decreed that she shall be of the those who remain behind (she will be destroyed).

“Then when the Messengers (the angels) came unto the family of Lot, he said, ‘Verily! You are people unknown to me.’ They said, ‘Nay! we have come to you with that (torment) which they have been doubting. And we have brought to you the truth (the news of the destruction of your nation) and certainly, we tell the truth. Then travel in a part of the night with your family, and you go behind them in the rear, and let no one amongst you look back, but go on to where you are ordered.’

“And We made known this decree to him, that the root of those (sinners) was to be cut off in the early morning.

“The inhabitants of the city came rejoicing (at the news of the young men’s arrival). Lot said, ‘Verily! These are my guests, so shame me not. And fear Allah and disgrace me not.’ They (people of the city) said, ‘Did we not forbid you to entertain (or protect) any of the ‘alamin (people, foreigners strangers etc) from us?’ Lot said, ‘These (the girls of the nation) are my daughters to marry lawfully if you must act so.’

“Verily, by your life (O Muhammad), in their wild intoxication they were wandering blindly. So as-salihah (torment, awful cry, etc.) overtook them at the time of sunrise; and We turned (the towns of Sodom in Palestine) upside down and rained down on them stones of baked clay. Surely! In this are signs for those who see (or understand or learn the lessons from the Signs of Allah). And verily! They (the cities) are right on the highroad (from Makkah to Syria, i.e. the place where the Dead Sea is now). Surely! Therein is indeed a sign for the believers.”

“So we saved him and his family, all, except an old woman (his wife) among those who remained behind. Then afterward We destroyed the others. We rained on them a rain of torment. How evil was the rain of those who had been warned. Verily, in this is indeed a sign yet most of them are not believers. Verily! Your Lord, He is indeed the All-Mighty, the Most Merciful.“