What Good is there in Distraction? (Hadith No. 756)

While we were praying (Jumua Khutba & prayer) with the Prophet (p.b.u.h), some camels loaded with food arrived (from Sham). The people diverted their attention towards the camels (and left the mosque), and only twelve persons remained with the Prophet. So this verse was revealed: “But when they see some bargain or some amusement, they disperse headlong to it, and leave you standing.” (62.11)

But when they saw a transaction or a diversion, [O Muhammad], they rushed to it and left you standing. Say, “What is with Allah is better than diversion and than a transaction, and Allah is the best of providers.” [Qur’an 62: 11]

To get some detail on this incident, read it in Tafsir Ibn Kathir. 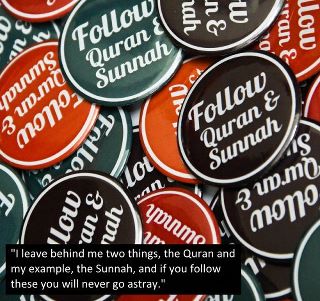 Once the Prophet prayed on a Khamisa with marks on it and said, “The marks on it diverted my attention, take this Khamisa to Abu Jahm and bring an Inbijaniya (from him.)”

The place where you pray: your musalla, or the saff at the masjid should be as plain as possible. ‘Marks’ or design on it distracts you from prayer. It’s true. One gets lost in the design instead of concentrating on the prayer.

Bring in a plain prayer mat for yourself and feel the difference in Salah. :)

There have been a few corrections in Hadith no 472. Mistakes were due to my lack of knowledge. Don’t forget to check it out.

Whenever Allah’s Apostle came out on ‘Id day, he used to order that a Harba (a short spear) to be planted in front of him (as a sutra* for his prayer) and then he used to pray facing it with the people behind him and used to do the same while on a journey. After the Prophet , this practice was adopted by the Muslim rulers (who followed his traditions).

*Sutra is a screen that a person uses to define his prayer space, such as a wall, door etc. The bare minimum requirement for sutra is: that it should be as tall as the length of one hand. 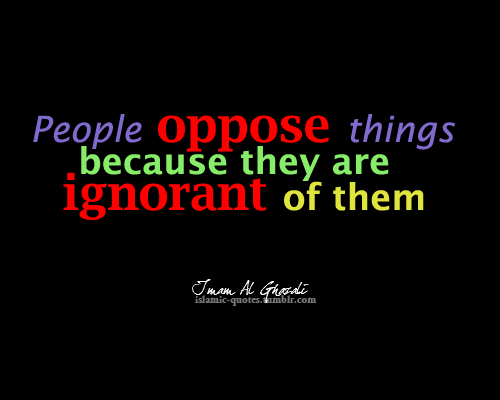 The words “beyond that ‘anza” are of immense importance here. A woman passing in front of a man whose praying invalidates his prayer. It’s not because women are impure (najis) but scholars have said that it’s because she’s a temptation for men. [Ref: islmaqa.com, no. 12717]