Volume 4, Book 52, Number 264 :
Narrated by Al-Bara bin Azib (radiallaahu `anhu)
Allah’s Apostle (sallallaahu `alayhi wasallam) sent a group of Ansari men to kill Abu-Rafi. One of them set out and entered their (i.e. the enemies) fort. That man said, “I hid myself in a stable for their animals. They closed the fort gate. Later they lost a donkey of theirs, so they went out in its search. I, too, went out along with them, pretending to look for it. They found the donkey and entered their fort. And I, too, entered along with them. They closed the gate of the fort at night, and kept its keys in a small window where I could see them. When those people slept, I took the keys and opened the gate of the fort and came upon Abu Rafi and said, ‘O Abu Rafi. When he replied me, I proceeded towards the voice and hit him. He shouted and I came out to come back, pretending to be a helper. I said, ‘O Abu Rafi, changing the tone of my voice. He asked me, ‘What do you want; woe to your mother?’ I asked him, ‘What has happened to you?’ He said, ‘I don’t know who came to me and hit me.’ Then I drove my sword into his belly and pushed it forcibly till it touched the bone. Then I came out, filled with puzzlement and went towards a ladder of theirs in order to get down but I fell down and sprained my foot. I came to my companions and said, ‘I will not leave till I hear the wailing of the women.’ So, I did not leave till I heard the women bewailing Abu Rafi, the merchant pf Hijaz. Then I got up, feeling no ailment, (and we proceeded) till we came upon the Prophet (sallallaahu `alayhi wasallam) and informed him.”

Volume 4, Book 52, Number 265 :
Narrated by Al-Bara bin Azib (radiallaahu `anhu)
Allah’s Apostle (sallallaahu `alayhi wasallam) sent a group of the Ansar to Abu Rafi. Abdullah bin Atik entered his house at night and killed him while he was sleeping.

Sallam ibn Abu al-Huqayq (Abu Rafi) was a Jew, who aided and abetted the Pagan enemies of the Muslims by provisioning and financing them, and denigrating Muhammad with his poetry (hija’). When the Muslims had settled their affair with Banu Quraiza’s betrayal of the Muslims in Medina; the Al-Khazraj tribe, a rival of Al-Aws, asked for Muhammad’s permission to kill him in order to merit a virtue equal to that of Al-Aws who had killed Ka’b ibn al-Ashraf.

According to the Sealed Nectar, a group of 5 men from the Banu Khazraj tribe with ‘Abdullah bin ‘Ateeq at their head, headed for Khaybar where ‘Abu Rafi‘’s fort was situated. When they approached the fortress, ‘Abdullah advised his men to stay a little behind, then went ahead disguised in his cloak, as if he had been relieving himself. When the people of the fort went in, the gate-keeper called him to enter thinking he was one of them. ‘Abdullah went in and lurked inside. He then began to unbolt the doors leading to Salam’s room. There it was absolutely dark but he managed to put him to the sword, and then leave in safety. On his way back, his leg broke so he wrapped it up in a band, and hid in a secret place until morning when someone stood on the wall and announced the death of Salam bin Abi Al-Huqaiq officially. On hearing this news he left and went to see Muhammad, who listened to the whole story, and then asked ‘Abdullah to stretch his leg, which he wiped and the fracture healed on the spot according to Muslim scholar “Saifur Rahman al Mubarakpuri”. In another version, all five of the group participated in killing that enemy of Islam. This incident took place in Dhul Qa‘dah or Dhul Hijjah in the year five Hijri.

God, what a fine band you met,
O Ibnu’l-Huqayq and Ibnu’l-Ashraf!
They went to you with sharp swords,
Brisk as lions in a tangled thicket,
Until they came on you in your dwelling
And made you drink death with their swift-slaying swords,
Despising every risk of hurt.

Get Rewarded for NOT Doing Good Deeds (Hadith No. 2635)

We have established in past posts that fasting while traveling is permissible, but Prophet (sallallaahu `alayhi wasallam) used to avoid it. And we all know this one:

Narrated ‘Aisha (radiallaahu `anhaa):
The Prophet (sallallaahu `alayhi wasallam) was asked, “What deeds are loved most by Allah?” He said,

“The most regular constant deeds even though they may be few.”

Isn’t this like the coolest thing ever? There are so many things we end up not doing because of sickness or travel and feel guilty for leaving them. But worry not, my friend, you have been relieved of this burden. If there’s something you do continuously when at home and in good health, you’ll be rewarded for it even if you don’t do it due to sickness or travel.

I usually end up missing or shortening the adhkaar after Salah when down with fever or headache etc.. The daily reading of Quran gets disturbed while traveling.. We all miss our Sunnah prayers in long journeys anyway.. So remember this hadith next time you’re feeling unwell or out of town and relax, for the kiraaman kaatibeen are at work even if you’re not!. :)

The Prophet (sallallaahu `alayhi wasallam) never returned to his family from a journey at night.

The Prophet (sallallaahu `alayhi wasallam) forbade going to one’s family at night (on arrival from a journey).

It’s Sunnah to return home after travel during the day. There can be various reasons why Prophet (sallallaahu `alayhi wasallam) chose to do so. I’ll mention what I understand of them..

Did you know? There’s a du`a that Prophet (sallallaahu `alayhi wasallam) used to make every time he would return to his hometown after a journey – be it a battle, or Hajj, or `Umrah etc.

Whenever Allah’s Apostle (sallallaahu `alayhi wasallam) returned from a Ghazwa, Hajj or ‘Umra, he used to say Takbir thrice at every elevation of the ground and then would say, “None has the right to be worshipped but Allah; He is One and has no partner. All the kingdoms is for Him, and all the praises are for Him, and He is Omnipotent. We are returning with repentance, worshiping, prostrating, and praising our Lord. He has kept up His promise and made His slave victorious, and He Alone defeated all the clans of (non-believers).”

Here’s the du`a in Arabic. Must memorize it!

So How Do You Behave?

Wrote this piece for Dr. Kanwal Kaisser to be published on the website made by herself and her team about parenting kids, named Hamaray Bachay. It’s been a while since this has been on their website so I thought I’d post it here too. You can find it under the tab of “Youth Talent Corner” on their website.

So how do you behave?

When your child comes home…

After a long active day

With all those stories to be told!

He doesn’t need your money

Not even a single dime

He just wants some love

And a few minutes of your precious time

But if you can’t even give that

Then you must be really rude

So when you watch him turn

Into a dude with attitude

You start getting angry

And you wonder why he’s so rude?! 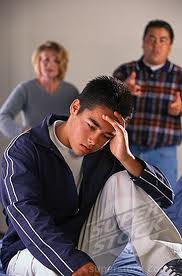 Where did I go wrong?

I taught him about Allah and His Prophet

But he hangs out with girls and listens to songs!

And when he starts to earn

Then he starts to ignore

While in your sleep you snore

Then when you get old

And start getting pension

But not his attention

And then you’ll start to see

What your child really needed

He needed your attention

While you only feeded…

And if this made you see your life in flashes

You better start working on those minor clashes

Instead of thinking on why the conversation never starts

Bow down to Allah, the turner of hearts

He sends astray whom HE wants

And guides whom HE wills

So with love and mercy your hearts, He fills

And it all comes back to

Because Allah is not merciful to those

Who are not merciful to His slaves!

Posted in The Forgotten Gift