One must continue to do good to the non believing mother and remember that her disbelief does not justify disobedience by the son or daughter and that doing her good does not contradict with their innocence of her as a non believer, on the contrary as it is stated in Verse 31:15 below, Allah has commanded us to treat the non believing parents kindly even if they strive to make their child a polytheist because of their rights as parents hoping that they will embrace Islam.

“But if they (both) strive with you to make you join in worship with Me others that if which you have no knowledge, then obey them not; but behave with them in the world kindly, and follow the path of him who turns to me in repentance and in obedience. Then to Me will be your return, and I shall tell you what you used to do.” (31:15)

Volume 3, Book 41, Number 594:
Narrated Abu Huraira (radiallaahu `anhu):
Two persons, a Muslim and a Jew, quarreled. The Muslim said, “By Him Who gave Muhammad superiority over all the people! The Jew said, “By Him Who gave Moses superiority over all the people!” At that the Muslim raised his hand and slapped the Jew on the face. The Jew went to the Prophet (sallallaahu `alayhi wasallam) and informed him of what had happened between him and the Muslim. The Prophet (sallallaahu `alayhi wasallam) sent for the Muslim and asked him about it. The Muslim informed him of the event. The Prophet (sallallaahu `alayhi wasallam) said, “Do not give me superiority over Moses, for on the Day of Resurrection all the people will fall unconscious and I will be one of them, but I will. be the first to gain consciousness, and will see Moses standing and holding the side of the Throne (of Allah). I will not know whether (Moses) has also fallen unconscious and got up before me, or Allah has exempted him from that stroke.”

Volume 3, Book 41, Number 596:
Narrated Anas (radiallaahu `anhu):
A Jew crushed the head of a girl between two stones. The girl was asked who had crushed her head, and some names were mentioned before her, and when the name of the Jew was mentioned, she nodded agreeing. The Jew was captured and when he confessed, the Prophet (sallallaahu `alayhi wasallam) ordered that his head be crushed between two stones.

The Prophet (peace and blessings be upon him) hired a guide who knew the desert’s pathways very well to guide them throughout the way to Madinah to ward off any possibility of getting lost. It is also remarkable that the guide who is known by the name `Abdullah ibn Urayqit was then still a disbeliever. However, the divinely-guided Prophet hired him on the basis of having two basic qualities: professional experience as a guide and his well-known honesty.

To read about Prophet (sallallaahu `alayhi wasallam)’s Hijrah, check this out.

Trade with the disbelievers is permitted, but you cannot sell things to people at war with the Muslims, thereby helping them against the Muslims.

The principle is: people are allowed to do whatever they need to do, so long as this has neither been prohibited by the Qur’an nor Sunnah. This same principle applies inversely to acts of worship; by which one intends to draw near to Allah: such acts are invalid without authority from either of these sources. The aim of worship is only to draw near to Allah. For religion is what Allah has sanctioned, and the prohibited is what Allah has forbidden; in contradiction to those whom Allah has condemned, who forbade things which He had not forbidden, associated partners with Him without any instruction, and invented acts of worship without His Authority.

Starting from this rule, and relying upon the text of the Qur’an, the Sunnah, the practice of the Prophet, his Companions and the Imams of the Ummah, we can say, dealings with the disbelievers for purposes of trade and so on cannot be considered evidence of alliance. In fact, trade with them is allowed. When Ibn Taymiyyah was asked about trade with the Mongols he said, “Whatever trade is allowed with others is also allowed with Mongols. That which is not allowed with others is not allowed with Mongols. You may buy goods they produce, horses and so on from them, just as you may buy such things from Bedouins, Turks or Kurds. You may likewise sell them food, clothing and such things as you are allowed to sell to others. 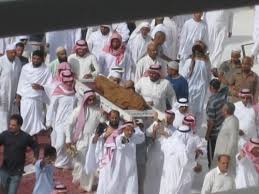