Volume 4, Book 52, Number 204 :
Narrated by Abu Huraira (radiallaahu `anhu)
That heard Allah’s Apostle (sallallaahu `alayhi wasallam) saying, “We are the last but will be the foremost to enter Paradise).” The Prophet (sallallaahu `alayhi wasallam) added, “He who obeys me, obeys Allah, and he who disobeys me, disobeys Allah. He who obeys the chief, obeys me, and he who disobeys the chief, disobeys me. The Imam is like a shelter for whose safety the Muslims should fight and where they should seek protection. If the Imam orders people with righteousness and rules justly, then he will be rewarded for that, and if he does the opposite, he will be responsible for that.”

The ruler who does not rule according to the Book of Allaah and the Sunnah of His Messenger should be obeyed in matters that do not involve disobedience towards Allaah and His Messenger, and it is not obligatory to fight him because of that; rather it is not permissible to do so unless he reaches the level of kufr, in which case it becomes obligatory to oppose him and he has no right to be obeyed by the Muslims.

Ruling according to anything other than that which is in the Book of Allaah and the Sunnah of His Messenger reaches the level of kufr when two conditions are met:

1.     When he knows the ruling of Allaah and His Messenger; if he is unaware of it, then he does not commit kufr by going against it.

2.     When what makes him rule by something other than that which Allaah has revealed is the belief that it is a ruling that is not suitable for our time and that something else is more suitable than it and more beneficial for people.

If these two conditions are met, then ruling by something other than that which Allaah has revealed constitutes kufr which puts a person beyond the pale of Islam, because Allaah says (interpretation of the meaning): “And whosoever does not judge by what Allaah has revealed, such are the Kaafiroon (i.e. disbelievers)” [al-Maa’idah 5:44]. The authority of the ruler becomes invalid and he has no right to be obeyed by the people; it becomes obligatory to fight him and remove him from power.

But if he rules by something other than that which Allaah has revealed whilst believing that ruling by that – i.e. that which Allaah has revealed — is what is obligatory, and that it is more suitable for the people, but he goes against it because of some whims and desires on his part or because he wants to wrong the people under his rule, then he is not a kaafir; rather he is a faasiq (evildoer) or a zaalim (wrongdoer). His authority remains, and obeying him in matters that do not involve disobedience to Allaah and His Messenger is obligatory, and it is not permissible to fight him or remove him from power by force or to rebel against him, because the Prophet (blessings and peace of Allaah be upon him) forbade rebelling against rulers unless we see blatant kufr for which we have proof from Allaah. End quote. 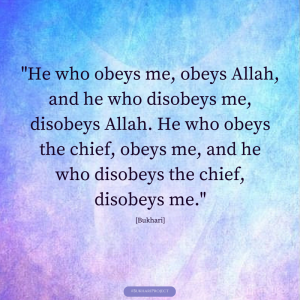 Is it permissible to rebel against the ruler?

The basic comprehensive principle of sharee’ah is that it is not permitted to remove an evil by means of a greater evil; evil must be warded off by that which will remove it or reduce it. Warding off evil by means of a greater evil is not permitted according to the scholarly consensus (ijmaa’) of the Muslims. If this group which wants to get rid of this ruler who is openly committing kufr is able to do so, and can bring in a good and righteous leader without that leading to greater trouble for the Muslims or a greater evil than the evil of this ruler, then that is OK. But if rebellion would result in greater trouble and lead to chaos, oppression and the assassination of people who do not deserve to be assassinated, and other forms of major evil, then that is not permitted. Rather it is essential to be patient and to hear and obey in matters of good, and to offer sincere advice to the authorities, and to pray that they may be guided to good, and to strive to reduce evil and increase good. This is the correct way which should be followed, because that is in the general interests of the Muslims, and because it will reduce evil and increase good, and because this will keep the peace and protect the Muslims from a greater evil.

This post will focus on the story of the death of `Ammar (radiallaahu `anhu) instead of his life. Here’s a brief account of the Battle of Siffin (657 CE):

Muʿāwiyah, governor of Syria, refused to recognize ʿAlī as the new caliph before justice for the murder of his kinsman, the third caliph, ʿUthmān, was done; for his part, ʿAlī relied on the support of individuals who had been implicated in ʿUthmān’s murder and was therefore reluctant to prosecute them. ʿAlī gathered support in Kūfah, where he had established his centre, and invaded Syria. The two armies met along the Euphrates River at Ṣiffīn (near the Syrian-Iraqi border), where they engaged in an indecisive succession of skirmishes, truces, and battles, culminating in the legendary appearance of Muʿāwiyah’s troops with copies of the Qurʾān impaled on their lances—supposedly a sign to let God’s word decide the conflict. ʿAlī agreed to bring the matter to arbitration on the basis of the Qurʾān and delegated Abū Mūsā al-Ashʿarī as his representative, while Muʿāwiyah sent ʿAmr ibn al-ʿĀṣ. By agreeing to arbitration, ʿAlī conceded to deal with Muʿāwiyah on equal terms, thus permitting him to challenge ʿAlī’s claim as leader of the Muslim community. This concession aroused the anger of a large group of ʿAlī’s followers, who protested that “judgment belongs to God alone” (Qurʾān 6:57) and believed that arbitration would be a repudiation of the Qurʾānic dictum “If one party rebels against the other, fight against that which rebels” (49:9). A small number of these pietists withdrew (kharajū) to the village of Ḥarūrāʾ and so became known as Khārijites (Arabic: Khawārij).

Accounts of what precisely transpired at the arbitration vary. [Britannica]

Coming to the hadith narrated above which says in the end: “May Allah be merciful to ‘Ammar. He will be killed by a rebellious aggressive group. ‘Ammar will invite them to (obey) Allah and they will invite him to the (Hell) fire.”

It’s important to know that there are other versions of this hadith available as well, having words less direct than these. For example:

The answer to that according to scholars is that they were doing the right thing in their opinion. It was a complex matter and everyone had their own views. They were mujtahids (those who do Ijtihad) so there’s no blame upon them because:

And Allah has elevated the status of Sahabah in the Quran by saying He’s pleased with them and promising them Paradise. Who then are we to talk bad about any one of them?

“And the foremost to embrace Islam of the Muhaajiroon and the Ansaar and also those who followed them exactly (in Faith). Allaah is well-pleased with them as they are well-pleased with Him. He has prepared for them Gardens under which rivers flow (Paradise), to dwell therein forever. That is the supreme success.” [al-Tawbah 9:100]

I’d like to end with these words of ‘Abd-Allaah ibn Mas’ood (may Allaah be pleased with him):

“Whoever among you wishes to follow (someone), let him follow one who has died, for the one who is still alive is not safe from fitnah. The companions of Muhammad (peace and blessings of Allaah be upon him) were the best of this ummah, the most righteous of heart and the deepest in knowledge and the most straightforward, people whom Allaah chose to accompany His Prophet and establish His religion. So acknowledge their virtue and follow in their footsteps, and adhere as much as you can to their morals and religion, for they were following right guidance.
Narrated by Ibn ‘Abd al-Barr in al-Jaami’, no. 1810.

May Allah forgive us our sins, remove doubts and ill feelings from our hearts concerning his slaves, may He make us love those whom He loves, and hate those whom He hates. May He guide us to the truth always, and enter us into Jannat-ul-Firdaws.