Girls. We wear clothes with tight sleeves an when time for prayer comes, we ask: is it fardh (mandatory) to wash our arms during wudhu? Let’s see what the Prophet (SAW) did…

Once I was traveling with the Prophet and he said, “O Mughira! take this container of water.” I took it and Allah’s Apostle went far away till he disappeared. He answered the call of nature and was wearing a Syrian cloak. He tried to take out his hands from its sleeve but it was very tight so he took out his hands from under it. I poured water and he performed ablution like that for prayers and passed his wet hands over his Khuff (leather socks) and then prayed.

Clear enough? Yes, it is fardh to wash arms for wudhu. If you have to take off the shirt to do wudhu, do it. Or just make wudhu before wearing such clothes and make things easy for yourself. :)

Narrated ‘Aisha (the mother of believers):

Allah enjoined the prayer when He enjoined it, it was two Rakat only (in every prayer), both when in residence or on journey. Then the prayers offered on journey remained the same, but (the Rakat of) the prayers for non-travelers were increased.

So the gift was small initially and got bigger with time. :)
One reason was: graduality. Muslims were beginners at that time, in Makkah. Allah (SWT) ordered them to pray two raka’at in the beginning and then increased it, so they don’t find it hard to do, keeping in mind the tough conditions in those times.

Travelers still have the relaxation of praying the qasr (short) prayer. And that’s a gift for them.

Allah’s Apostle said, “While I was at Mecca the roof of my house was opened and Gabriel descended, opened my chest, and washed it with Zam-zam water. Then he brought a golden tray full of wisdom and faith and having poured its contents into my chest, he closed it. Then he took my hand and ascended with me to the nearest heaven, when I reached the nearest heaven, Gabriel said to the gatekeeper of the heaven, ‘Open (the gate).’ The gatekeeper asked, ‘Who is it?’ Gabriel answered: ‘Gabriel.’ He asked, ‘Is there anyone with you?’ Gabriel replied, ‘Yes, Muhammad I is with me.’ He asked, ‘Has he been called?’ Gabriel said, ‘Yes.’ So the gate was opened and we went over the nearest heaven and there we saw a man sitting with some people on his right and some on his left. When he looked towards his right, he laughed and when he looked toward his left he wept. Then he said, ‘Welcome! O pious Prophet and pious son.’ I asked Gabriel, ‘Who is he?’ He replied, ‘He is Adam and the people on his right and left are the souls of his offspring. Those on his right are the people of Paradise and those on his left are the people of Hell and when he looks towards his right he laughs and when he looks towards his left he weeps.’ 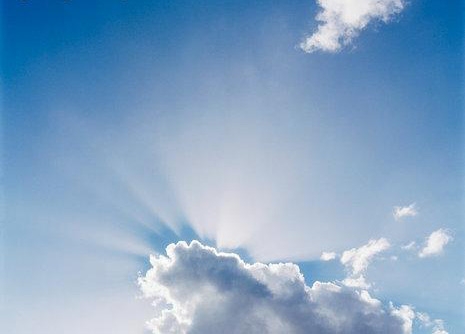 returned to Allah and requested for further reduction and half of it was reduced. I again passed by Moses and he said to me: ‘Return to your Lord, for your followers will not be able to bear it. So I returned to Allah and He said, ‘These are five prayers and they are all (equal to) fifty (in reward) for My Word does not change.’ I returned to Moses and he told me to go back once again. I replied, ‘Now I feel shy of asking my Lord again.’ Then Gabriel took me till we reached Sidrat-il-Muntaha (Lote tree; of the utmost boundry) which was shrouded in colors, indescribable. Then I was admitted into Paradise where I found small (tents or) walls (made) of pearls and its earth was of musk.”

SubhanAllah. Doesn’t this Hadith make you speechless? Baffled, rather.

The thing to be noted here is: Salah (Prayer) is not a burden on us. It’s a gift. From Allah (SWT). Feel it.
When you stand on your musalla (prayer rug) the next time, imagine you’re ascending to the heavens just like the Prophet (SAW) and having a conversation with Allah (SWT). Because that’s what Salah is: Ascension (Mi’raaj) of a believer [according to a Hadith].