Once Allah’s Apostle delayed the ‘Isha’ prayer till ‘Umar informed him that the women and children had slept. The Prophet came out and said, “None except you from amongst the dwellers of earth is waiting for this prayer.” In those days, there was no prayer except in Medina and they used to pray the ‘Isha’ prayer between the disappearance of the twilight and the first third of the night.

The Prophet said, “If your women ask permission to go to the mosque at night, allow them.”

Narrated Um Salama (the wife of the Prophet):

In the lifetime of Allah’s Apostle the women used to get up when they finished their compulsory prayers with Taslim. The Prophet and the men would stay on at their places as long as Allah will. When the Prophet got up, the men would then get up.

Men wait for the women to leave, and then they leave. It’s better to separate pathways. Similar Hadith here.

Women should leave for homes immediately after the prayer. Lurking around uselessly is not appreciated.

When Allah’s Apostle finished the Fajr prayer, the women would leave covered in their sheets and were not recognized owing to the darkness.

Women ‘covered in sheets’.. A Muslim women should cover herself, well enough. Use sheets (read: long pieces) of cloth, sewn or un-sewn.

Women may go to the mosques in dark as well.

My father said, “Allah’s Apostle said, “Whenever I stand for prayer, I want to prolong it but on hearing the cries of a child, I would shorten it as I dislike to put its mother in trouble.”

Aww-ness. Women deserve that and so much more. :)

I don’t know what `Aisha (RA) meant when she said “had Allah’s Apostle known what the women were doing..”, so can’t comment on that.

Whenever Allah’s Apostle completed the prayer with Taslim, the women used to get up immediately and Allah’s Apostle would remain at his place for someone before getting up. (The sub-narrator (Az-Zuhri) said, “We think, and Allah knows better, that he did so, so that the women might leave before men could get in touch with them).”

The Prophet prayed in the house of Um Sulaim; and I, along with an orphan stood behind him while Um Sulaim (stood) behind us.

Women CAN pray directly behind men. Screen not required, essentially.

Allah’s Apostle used to offer the Fajr prayer when it was still dark and the believing women used to return (after finishing their prayer) and nobody could recognize them owing to darkness, or they could not recognize one another.

My father said, “The Prophet said, ‘If the wife of any one of you asks permission (to go to the mosque) do not forbid her.”

Umar (RA) disliked her wife going to the masjid, but he never stopped her if she asked him permission to go. Because Prophet (SAW) ordered men not to forbid their wives from going.

P.S. Book of Characteristics of Prayer ends here. Book of Friday Prayer starts after it inshaAllah.

Deriving Lessons from Hadith (Hadith No. 822)

Prophet (SAW) was a perfect man. His words and actions were full of wisdom. Surely we have a lot  to learn from him. Everyone can derive lessons from a simple Hadith according to his/her level of understanding. A child will learn something from a Hadith, an adult will learn two or three things from that same Hadith. Whereas doctors, engineers, psychologists, nutritionists, lawyers, fuqahaa’, businessmen will all have a different approach to that one Hadith.

This is why while going through Bukhari, it’s weird that some Ahadith (apparently) have no connection with the chapter they’re written under. And that one Hadith is repeated around 20 times (more or less) in different chapters But it makes one realize how deep Imam Bukhari’s understanding was, that he could derive so many lessons from one Hadith. MashaAllah. May Allah have mercy on him, and grant him Jannat-ul-Firdaws. And may He grant me a chance to meet him in Jannah as well. <3

So I’ll study today’s Hadith, and try to derive as many lessons as possible. You give it a shot as well!

A person asked Ibn Abbas, “Have you ever presented yourself at the (‘Id) prayer with Allah’s Apostle?” He replied, “Yes.” And had it not been for my kinship (position) with the Prophet it would not have been possible for me to do so (for he was too young). The Prophet went to the mark near the house of Kathir bin As-Salt and delivered a sermon. He then went towards the women. He advised and reminded them and asked them to give alms. So the woman would bring her hand near her neck and take off her necklace and put it in the garment of Bilal. Then the Prophet and Bilal came to the house.”

I can’t think of anything else right now. Can you?

The Prophet said, “Ghusl (taking a bath) on Friday is compulsory for every Muslim reaching the age of puberty.”

Fuqahaa’ (experts in Islamic jurisprudence) say it’s mustahabb (recommended) to do ghusl on Fridays.
As for the question about women’s doing ghusl on Fridays, read this.

Do read about some other virtues of Friday. :)

I heard Ash-Sha’bi saying, “A person who was accompanying the Prophet passed by a grave that was separated from the other graves told me that the Prophet once led the people in the (funeral) prayer and the people had aligned behind him. I said, “O Aba ‘Amr! Who told you about it?” He said, “Ibn Abbas.”

Taking the last part of this Hadith.. I’d like to bring your attention to a certain matter: reporting. There’s some manners to it.

A Muslim is (ideally) an honest and trustworthy person. Whatever comes out of his mouth should be nothing but the truth. And this automatically entails that whatever incident he reports and any person that he quotes, is 100% truth. It’s his responsibility to make sure that he doesn’t forward a report (via speech, email or text messaging etc.) without verifying it. Yes, it’s a tough job. But it’s worthwhile because:

Ibn ‘Umar reported said that the Prophet, may Allah bless him and grant him peace, said, “The worst of lies is when a man says his eyes have seen something which they have not seen.” [al-Bukhari]

It is sufficient for a believer to be considered a liar that he narrates everything he hears. [Muslim]

So when someone tells you about something, ask them: how’d you know?

P.S. sharing statuses, retweeting tweets comes in this category as well. Make SURE to do your research before you press that button! 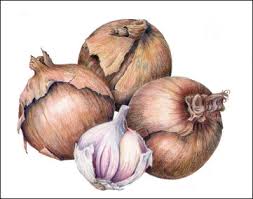 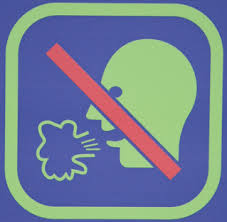