(A sub-narrator asked Sufyan, “Did Safiya (radiallaahu `anhaa) visit him at night?” He said, “Of course, at night.”)

This Hadith explains this one narrated by Abu Hurairah (radiallaahu `anhu):

“The Messenger of Allaah (peace and blessings of Allaah be upon him) used to observe i’tikaaf for ten days every Ramadaan, and in the year in which he passed away he observed i’tikaaf for twenty days.” Narrated by al-Bukhaari.

And this is why I`tikaaf in the last ten days of Ramadaan is more recommended than any other time.. Prophet (sallallaahu `alayhi wasallam) preferred it in his last year.
But this doesn’t mean one can’t observe I`tikaaf in days other than the last ten of Ramadaan. I`tikaaf can be practiced any time of the year. Read this post for more details.

Kitaab-ul-I`tikaaf [Book of Retiring to a Mosque for Remembrance of Allah] starts today..

Allah’s Apostle (sallallaahu `alayhi wasallam) used to practise Itikaf in the last ten days of the month of Ramadan.

Allah’s Apostle (sallallaahu `alayhi wasallam) used to practice Itikaf in the middle ten days of Ramadan and once he stayed in Itikaf till the night of the twenty-first and it was the night in the morning of which he used to come out of his Itikaf. The Prophet (sallallaahu `alayhi wasallam) said, “Whoever was in Itikaf with me should stay in Itikaf for the last ten days, for I was informed (of the date) of the Night (of Qadr) but I have been caused to forget it. (In the dream) I saw myself prostrating in mud and water in the morning of that night. So, look for it in the last ten nights and in the odd ones of them.” It rained that night and the roof of the mosque dribbled as it was made of leaf stalks of date-palms. I saw with my own eyes the mark of mud and water on the forehead of the Prophet (sallallaahu `alayhi wasallam) (i.e. in the morning of the twenty-first).

The i’tikaaf which the Prophet (peace and blessings of Allaah be upon him) always observed at the end of his life is i’tikaaf during the last ten days of Ramadaan. These few days may indeed be regarded as an intensive course of spiritual education which brings immediate positive results in a person’s life during the days and nights of Ramadaan and in the coming days, until the next Ramadaan comes.

The basic goal of the Prophet’s i’tikaaf was to seek Laylat al-Qadr.

This hadeeth teaches us a number of things:

There are other aims of i’tikaaf as well, including the following:

Aisha said, “The Prophet in his fatal illness said, ‘Allah cursed the Jews and the Christians because they took the graves of their Prophets as places for praying.”‘ Aisha added, “Had it not been for that the grave of the Prophet (p.b.u.h) would have been made prominent but I am afraid it might be taken (as a) place for praying.

The scholars have discussed this issue, in the past and more recently, and they refuted those who quote the fact that the grave of the Prophet (peace and blessings of Allaah be upon him) is inside his mosque as evidence that it is permissible to take graves as places of worship, or to include graves in mosques.

Shaykh ‘Abd al-‘Azeez ibn Baaz (may Allaah have mercy on him) said:

It is not permissible for a Muslim to take that as evidence that mosques may be built over graves, or that people may be buried inside mosques, because that goes against the saheeh ahaadeeth, and because it is a means that may lead to shirk by associating the occupants of the graves in worship with Allaah.  End quote. 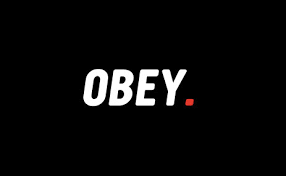 (1) Whenever he reached Mecca; and he always used to reach Mecca in the forenoon. He would perform Tawaf round the Ka’ba and then offer two Rakat at the rear of Maqam Ibrahim.

(2) Whenever he visited Quba, for he used to visit it every Saturday. When he entered the Mosque, he disliked to leave it without offering a prayer. Ibn ‘Umar narrated that Allah’s Apostle used to visit the Mosque of Quba (sometime) walking and (sometime) riding. And he (i.e. Ibn ‘Umar) used to say, “I do only what my companions used to do and I don’t forbid anybody to pray at any time during the day or night except that one should not intend to pray at sunrise or sunset.”

Ibn ‘Umar said, “The Prophet used to go to the Mosque of Quba every Saturday (sometimes) walking and (sometimes) riding.” ‘Abdullah (Ibn ‘Umar) used to do the same.

Prayer in the mosque of Quba’ is like ‘Umrah.
Classed as saheeh by al-Albaani in Saheeh al-Tirmidhi.

Al-Nasaa’i (699) narrated that Sahl ibn Hunayf said: The Messenger of Allaah (peace and blessings of Allaah be upon him) said:

Whoever goes out to this mosque, the mosque of Quba’, and prays therein, will have (a reward) like that of ‘umrah.
Classed as saheeh by al-Albaani in Saheeh al-Nasaa’i.

So when you have the opportunity to visit Masjid Quba, do so. And pray two nawafil there. (y)

Is it necessary to visit Masjid Quba during Hajj or Umrah? Read this for the answer.