No Funeral Prayer for the Indebted (Hadith No. 1983)

Ibn ‘Umar (may Allaah be pleased with him) said:

O Humraan, fear Allaah and do not die in debt, lest it be taken from your good deeds when there will be no dinars and no dirhams.

Read more about the seriousness of debt here.

A man said to the Prophet “Tell me of such a deed as will make me enter Paradise.” The people said, “What is the matter with him? What is the matter with him?” The Prophet said, “He has something to ask. (What he needs greatly) The Prophet said: (In order to enter Paradise) you should worship Allah and do not ascribe any partners to Him, offer prayer perfectly, pay the Zakat and keep good relations with your Kith and kin.” (See Hadith No. 12, Vol 8).

A Bedouin came to the Prophet and said, “Tell me of such a deed as will make me enter Paradise, if I do it.” The Prophet (p.b.u.h) said, “Worship Allah, and worship none along with Him, offer the (five) prescribed compulsory prayers perfectly, pay the compulsory Zakat, and fast the month of Ramadan.” The Bedouin said, “By Him, in Whose Hands my life is, I will not do more than this.” When he (the Bedouin) left, the Prophet said, “Whoever likes to see a man of Paradise, then he may look at this man.”

from the Prophet the same as above.

A delegation of the tribe of ‘Abdul Qais came to the Prophet and said, “O Allah’s Apostle! We are from the tribe of Rabi’a, and the infidels of the tribe of Mudar stands between us and you; so we cannot come to you except during the Sacred Months. Please order us to do something (religious deeds) which we may carry out and also invite to it our people whom we have left behind.” The Prophet said, “I order you to do four things and forbid you four others: (I order you) to have faith in Allah, and confess that none has the right to be worshipped but Allah, (and the Prophet gestured with his hand like this (i.e. one knot) and to offer prayers perfectly and to pay the Zakat, and to pay one-fifth of the booty in Allah’s Cause. And I forbid you to use Dubba’, Hantam, Naqir and Muzaffat (all these are the names of utensils used for preparing alcoholic drinks).”

When Allah’s Apostle died and Abu Bakr became the caliph some Arabs renegade (reverted to disbelief) (Abu Bakr decided to declare war against them), ‘Umar, said to Abu Bakr, “How can you fight with these people although Allah’s Apostle said, ‘I have been ordered (by Allah) to fight the people till they say: “None has the right to be worshipped but Allah, and whoever said it then he will save his life and property from me except on trespassing the law (rights and conditions for which he will be punished justly), and his accounts will be with Allah.’ ” Abu Bakr said, “By Allah! I will fight those who differentiate between the prayer and the Zakat as Zakat is the compulsory right to be taken from the property (according to Allah’s orders) By Allah! If they refuse to pay me even a she-kid which they used to pay at the time of Allah’s Apostle . I would fight with them for withholding it” Then ‘Umar said, “By Allah, it was nothing, but Allah opened Abu Bakr’s chest towards the decision (to fight) and I came to know that his decision was right.”

Here’s what I think.. The five pillars of Islam [testimony of faith, prayer, charity, fasting, pilgrimage] are the most essential parts of the Deen. YET, a person fulfilling all these duties is doing only the bare minimum, only that which will be sufficient to help him enter Paradise (if Allah wills). So there’s a lot more to our Deen. Keep exploring it!

Abu Lahab, may Allah curse him, once said to the Prophet (p.b.u.h), “Perish you all the day.”

Then the Divine Inspiration came: “Perish the hands of Abi Lahab! And perish he!” (111.1).

Ibn Kathir says in his Tafsir about the reason for revelation of this Surah [al-Lahab]:

Al-Bukhari recorded from Ibn `Abbas that the Prophet went out to the valley of Al-Batha and he ascended the mountain. Then he cried out,

(O people, come at once!) So the Quraysh gathered around him. Then he said,

؟ (If I told you all that the enemy was going to attack you in the morning, or in the evening, would you all believe me) They replied, “Yes.” Then he said,

(Verily, I am a warner (sent) to you all before the coming of a severe torment.) Then Abu Lahab said, “Have you gathered us for this May you perish!” Thus, Allah revealed,

(Perish the two hands of Abu Lahab and perish he!) to the end of the Surah. In another narration it states that he stood up dusting of his hands and said, “Perish you for the rest of this day! Have you gathered us for this” Then Allah revealed,

(Perish the two hands of Abu Lahab and perish he!) The first part is a supplication against him and the second is information about him. This man Abu Lahab was one of the uncles of the Messenger of Allah.His name was `Abdul-`Uzza bin Abdul-Muttalib. His surname was Abu `Utaybah and he was only called Abu Lahab because of the brightness of his face. He used to often cause harm to the Messenger of Allah . He hated and scorned him and his religion. Imam Ahmad recorded from Abu Az-Zinad that a man called Rabi`ah bin `Abbad from the tribe of Bani Ad-Dil, who was a man of pre-Islamic ignorance who accepted Islam, said to him, “I saw the Prophet in the time of pre-Islamic ignorance in the market of Dhul-Majaz and he was saying,

(O people! Say there is no god worthy of worship except Allah and you will be successful.) The people were gathered around him and behind him there was a man with a bright face, squint (or cross) eyes and two braids in his hair. He was saying, “Verily, he is an apostate (from our religion) and a liar!” This man was following him (the Prophet ) around wherever he went. So, I asked who was he and they (the people) said, “This is his uncle, Abu Lahab.” Ahmad also recorded this narration from Surayj, who reported it from Ibn Abu Az-Zinad, who reported it from his father (Abu Zinad) who mentioned this same narration. However in this report, Abu Zinad said, “I said to Rabi`ah, `Were you a child at that time’ He replied, `No. By Allah, that day I was most intelligent, and I was the strongest blower of the flute (for music).”’ Ahmad was alone in recording this Hadith. Concerning Allah’s statement,

(His wealth and his children (Kasab) will not benefit him!) Ibn `Abbas and others have said,

(and his children (Kasab) will not benefit him!) “Kasab means his children.” A similar statement has been reported from `A’ishah, Mujahid, `Ata’, Al-Hasan and Ibn Sirin. It has been mentioned from Ibn Mas`ud that when the Messenger of Allah called his people to faith, Abu Lahab said, “Even if what my nephew says is true, I will ransom myself (i.e., save myself) from the painful torment on the Day of Judgement with my wealth and my children.” Thus, Allah revealed,

(His wealth and his children will not benefit him!) Then Allah says,

(He will enter a Fire full of flames!) meaning, it has flames, evil and severe burning.

I wonder if Abu Lahab ever felt that he could be wrong; if he ever wondered what he’d do to save himself from Allah’s wrath. He ‘knew’ Prophet (SAW) to be a truthful and honest person, still he denied the message he (SAW) brought. Knowing and not believing.. hmm.. arrogance?

The Prophet (p.b.u.h) said, “Don’t abuse the dead, because they have reached the result of what they forwarded.”

Most scholars say that this is for the believers, i.e. don’t abuse the dead believers. But anyhow, taking the hukm (commandment) of the Prophet (SAW), one must be careful as to not talk bad about any dead person, especially the believers.
This also implies not judging them, i.e. not deciding where they ended up. Because. We. Don’t. Know.

[roughly translated:] By Allah, I do not know what will be done with me, even though I’m the Messenger of Allah.

If Prophet (SAW) wasn’t so sure, how can we claim to know about a person’s fate? Do we have angels coming to us as reporters? :) 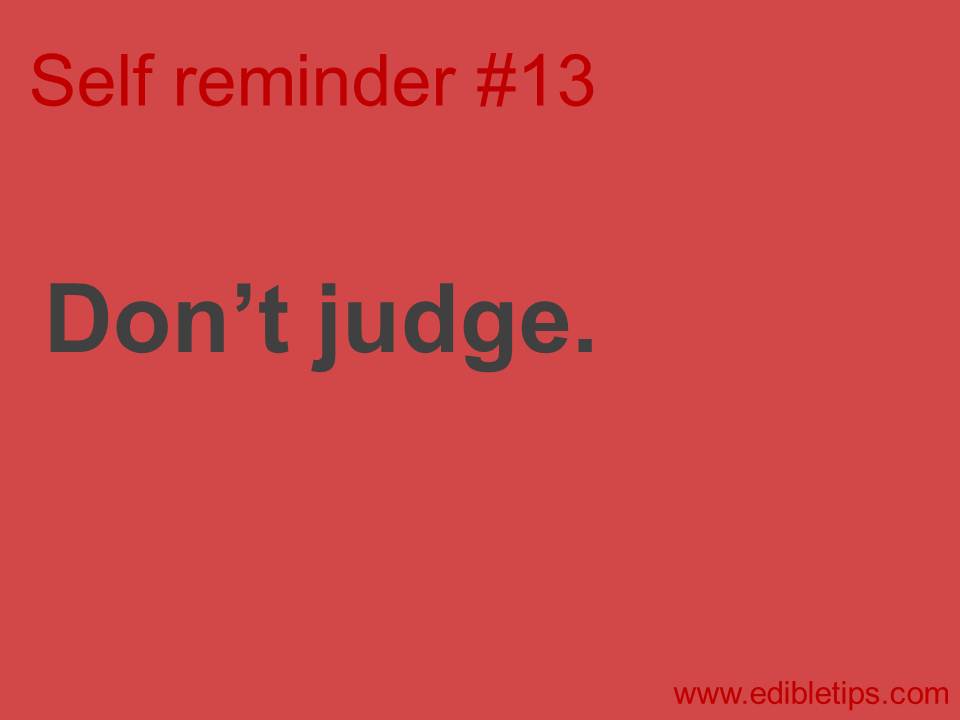 Side question: is it okay to organize a gathering to remember the deceased? Find the answer here.

I saw ‘Umar bin Al-Khattab (when he was stabbed) saying, “O ‘Abdullah bin ‘Umar! Go to the mother of the believers Aisha and say, ‘Umar bin Al-Khattab sends his greetings to you,’ and request her to allow me to be buried with my companions.” (So, Ibn ‘Umar conveyed the message to ‘Aisha.) She said, “I had the idea of having this place for myself but today I prefer him (‘Umar) to myself (and allow him to be buried there).” When ‘Abdullah bin ‘Umar returned, ‘Umar asked him, “What (news) do you have?” He replied, “O chief of the believers! She has allowed you (to be buried there).” On that ‘Umar said, “Nothing was more important to me than to be buried in that (sacred) place. So, when I expire, carry me there and pay my greetings to her (‘Aisha ) and say, ‘Umar bin Al-Khattab asks permission; and if she gives permission, then bury me (there) and if she does not, then take me to the grave-yard of the Muslims. I do not think any person has more right for the caliphate than those with whom Allah’s Apostle (p.b.u.h) was always pleased till his death. And whoever is chosen by the people after me will be the caliph, and you people must listen to him and obey him,” and then he mentioned the name of ‘Uthman, ‘Ali, Talha, Az-Zubair, ‘Abdur-Rahman bin ‘Auf and Sad bin Abi Waqqas.

By this time a young man from Ansar came and said, “O chief of the believers! Be happy with Allah’s glad tidings. The grade which you have in Islam is known to you, then you became the caliph and you ruled with justice and then you have been awarded martyrdom after all this.” ‘Umar replied, “O son of my brother! Would that all that privileges will counterbalance (my short comings), so that I neither lose nor gain anything. I recommend my successor to be good to the early emigrants and realize their rights and to protect their honor and sacred things. And I also recommend him to be good to the Ansar, who before them had homes (in Medina) and had adopted the Faith. He should accept the good of the righteous among them and should excuse their wrongdoers. I recommend him to abide by the rules and regulations concerning the Dhimmis (protectees) of Allah and His Apostle, to fulfill their contracts completely and fight for them and not to tax (overburden) them beyond their capabilities.”

SubhanAllah, reading about the Companions make them seem like stars in the sky. Fascinating.
May we be together with them in Jannah. Firdaws preferably. <3